Five things to consider when backing a horse

by PADDY POWER HORSE racing is one of the most bet on sports in the world. Although some punters can make a lot of money, the casual bettor usually backs a horse based on the number they have, the name of the horse, or just completely at random. However, there are five key things you …[Read More] 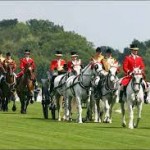 SOME people go for the fashion. Others pay homage to the royal family. But the majority go for the top-class horses. Royal Ascot 2014 will provide the best week of Flat racing anywhere in the world. The annual meeting is also one of the biggest events in the social calendar. It is steeped in history …[Read More]

I’M relieved Sprinter Sacre has been scratched from the Queen Mother Champion Chase. Yes, the Cheltenham Festival may have lost its finest creature and the sport its biggest PR figurehead, but I wasn’t looking forward to biting my fingernails and desperately hoping his heart problem would not return. The horse isn’t right and he is …[Read More]

Brough Scott’s book on the late Sir Henry Cecil makes for an informative and compelling read… well worth anyone’s time. Henry Cecil: Trainer of Genius, by Brough Scott Considered by many in the industry to be the best at what he did, Sir Henry Cecil led a life that was in many ways defined by …[Read More]

HAPPY New Year to you all. So what better time to launch two new features! Today I’ve kick-started a Dark Horses column, which will aim to highlight horses that have managed to sneak under the radar. The first column is here. Also, I have begun a daily Market Movers section that will focus on one …[Read More]

TIS the season to be jolly… so with tongue firmly in cheek here’s a few predictions for the next 12 months. January: Freddie Flintoff announces he is to become a flat jockey. And in the Victor Chandler Chase at Ascot, connections of Sprinter Sacre agree to give his rivals a one-mile headstart. He still manages …[Read More]

Frankel: All his races on video

Sometimes words are not enough. They certainly don’t do justice to the equine phenomenon that is Frankel. This Saturday he runs in the Qipco Champion Stakes at Ascot and it is 99.9% certain to be his 14th and final race. Below is footage of all 13 of his races, from his narrow Newmarket maiden victory …[Read More]

The “proper” national hunt season is looming large, and I’m getting excited at the prospect of old friends like Big Buck’s, Long Run and hopefully Kauto Star returning to the track. But if you want to really get in the mood for the winter jumps season then you should buy the latest edition of Jumping …[Read More]

THIS sports book is a decent read and particularly useful for those of us who like to follow unexposed horses. Jumpers To Follow 2012-2013 focuses on well researched pen portraits of 40 Leading Prospects, which are a mixture of established stars, dark horses and those expected to rise through the ranks. Last season’s Leading Prospects …[Read More]