Is Harry Topper another Master Oats? 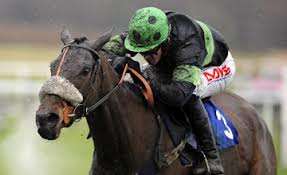 I CAN’T quite work out Harry Topper. Kim Bailey compared him to his Cheltenham Gold Cup winner Master Oats after his victory in the Charlie Hall Chase on Saturday and holds him in the highest regard. But is he a Gold Cup horse? Well, I think that will depend entirely on the weather. If the ground is a bog on Gold Cup day next March then Harry Topper will enter the fray as a genuine contender. He needs it soft, not for himself, but it slows down the others, according to his handler.

Some bookies were impressed enough to trim Harry Topper for the Gold Cup. Stan James now have him at 20/1, for example. But if the ground is good he may as well be 2,000/1 in my book. But on heavy ground he would be more of a 10/1 shot.

The comparisons with Master Oats are viable and nobody knows what is needed to win a Gold Cup more than the astute Bailey, who is enjoying a fabulous career revival after a few years in the doldrums.

In 1995, the ground was testing when Master Oats outstayed his rivals. The second and third home were thorough stayers, Dubacilla and Minnehoma. The latter went on to win the Grand National. If it’s a bog at Cheltenham, Harry Topper could emulate the Master but it is rarely that soft on Gold Cup day.

It must also be said that Jason Maguire rode a lovely race on Harry Topper, who didn’t jump well early on and took a while to warm up. It was a masterclass of not rushing a young horse and letting him find his own stride.

Long Run has drifted in the ante-post Cheltenham Gold Cup market after his disappointing run but it has since emerged there was a genuine excuse as he scoped badly. Put a line through that run and you might be tempted by the fact that he is now as big as 25/1 for chasing’s blue riband.

The JNwine.com Champion Chase at Down Royal saw a surprise 12/1 winner in Roi Du Mee, who looks more of a Grand National horse. Sizing Europe was second, and will now be aimed at the Ryanair Chase at the Festival, while First Lieutenant was disappointing and is another who took a slight walk in the Gold Cup market. He could be feeling the effects of a hard season last term.

The fly in the ointment over the weekend could be Rolling Aces, who won the Powers Whiskey Chase, beating a strong field. Admittedly helped by the fall of Argocat at the last, Paul Nicholls’ young chaser stayed on well and has been introduced to the Gold Cup market. But the bookies are divided: some have him at 25s while others were not as impressed and have put him on 50/1.

But probably the most significant knock-on effect of the weekend action in terms of the Gold Cup is that the imperious Bobs Worth hardened in the market without leaving his box!