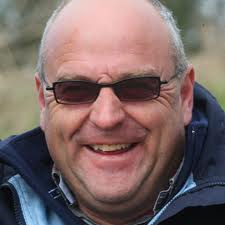 THE richest race staged during the season at Thirsk takes place on Saturday May 4, with the £40,000 Cliff Stud Thirsk Hunt Cup heading the seven-race programme. The Thirsk Hunt Cup was first ran in 1859, with the intention of bringing together the country’s leading hunters, with the very first winner taking home the princely sum of 30 sovereigns.

Historic Helmsley-based Cliff Stud, once owned by the late 10-time champion Flat trainer Sir Henry Cecil, signed a three-year sponsorship deal earlier his year with Thirsk Racecourse to back the Thirsk Hunt Cup until at least 2021.

Set in 220 acres above Helmsley, Cliff Stud specialises in foaling and, with its immaculately maintained paddocks and accommodation, it can accommodate up to 65 horses at any one time. The stud was acquired in 2017 by Yorkshire businessman Paul Sutherland.

This year sees the Cliff Stud Thirsk Hunt Cup return to its usual home. In 2018, the mile handicap was switched to Wetherby Racecourse due to the Tour de Yorkshire passing through Thirsk on raceday. There are 33 entries for the 2019 staging of the Cliff Stud Thirsk Hunt Cup with the 98-rated Kynren (David Barron) likely to head the handicap. The five-year-old almost bagged one of Yorkshire’s biggest handicaps on March 30 when finishing runner-up in the Lincoln at Doncaster.

The Cliff Stud Thirsk Hunt Cup is unusual in having a 14lb weight range, with the top-weight carrying 9st 7lb and 8st 7lb being the lowest weight.

Malton-based Richard Fahey gained his 100th winner at Thirsk when Ventura Rebel was successful at the opening fixture of the 2019 season on April 13 and the trainer is set to be represented in the Cliff Stud Thirsk Hunt Cup by Borodin. Both of the lightly-raced four-year-old’s wins have come at Thirsk, including a handicap over Saturday’s course and distance, the British Stallion Studs EBF Handicap in September, 2018.

The son of High Chaparral made a pleasing reappearance when third in the competitive Spring Cup Handicap at Newbury on April 13. Borodin races in the famous colours of Sicklinghall-based owner Sir Robert Ogden, who also bred the horse.

Fahey revealed: “It was very special to record our 100th winner at Thirsk courtesy of Ventura Rebel, who showed a good attitude to dig deep and win. We will be well represented at the track again this weekend, including in the feature race, the Cliff Stud Thirsk Hunt Cup, as Borodin is set to run.

“He is rated 91 at the moment and is a quite backward horse who progressed well through last season. He ran well on his first start of the year when third in the Spring Cup and he will have come on for that.

“Hopefully, the ground won’t be too extreme either way and there is more progress to come from Borodin this season.”

Several leading Newmarket trainers have entries, including in-form Roger Varian who has two horses engaged including the promising Ibraz, owned by Hamdan Al Maktoum and a son of the best-ever winner of the Thirsk Hunt Cup, Godolphin’s Farhh, who scored in 2012 before going on to annex two G1 contests in 2013.

Sir Michael Stoute has made an entry for the unexposed Qaroun, owned by Al Shaqab Racing. The four-year-old Dark Angel colt scored at Goodwood and Kempton last year and narrowly went down on his seasonal reappearance when runner-up in a seven-furlong handicap on Polytrack at Chelmsford City on April 18.

The next best chance of the valuable prize remaining in Yorkshire could rest with Tim Easterby, who has five entries in total including Give It Some Teddy, who scored in a competitive Redcar mile handicap on his first start of the season on April 8.

Wetherby-based Rebecca Bastiman went close to success in last year’s Thirsk Hunt Cup at Wetherby when saddling the runner-up Hayadh, who could line up once when once again along with stablemate Ghalib. A maximum of 16 runners can participate in the Cliff Stud Thirsk Hunt Cup.

If you’re looking to have a punt on the famous old race then consider getting an account that offers sign-up bonuses, it is sure to be a great race with plenty of opportunities for those who like a bet.

There are a massive 181 entries across Saturday’s seven-race programme at Thirsk, which runs from 2.00pm through to 5.25pm.