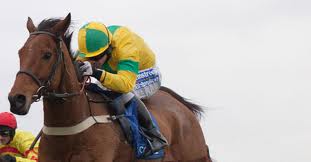 THE Welsh National epitomises everything that is special about National Hunt racing. But it takes a special type of animal to win: one with supreme reserves of stamina to see out the 3m 6f trip on testing ground. This year’s race on December 27 looks certain to be another slog, so where is the ante-post value?

In recent years, the race has tended to be dominated by a select group of stayers: horses like Miko De Beauchene, Halcon Genelardais, and most recently Le Beau Bai and Giles Cross.

The latter pair were set to clash again this year but Le Beau Bai has been scratched due to injury. Giles Cross is as big as 14s and that looks decent value. He has been second in the last two runnings and there will not be a more popular winner. His trainer Victor Dartnall has endured a torrid time after equine herpes forced him to shut his yard. The only concern would be his lack of a run although he did win first time out last season.

Teaforthree is the ante-post favourite and has the right profile. The eight-year-old stays well, likes Chepstow and ran well in the Hennessy. He has since been dropped 3lb. He should go close but 4/1 offers meagre value

Quartz De Thaix looks well handicapped and is in cracking form. But he is unproven over the trip and 12/1 looks a bit skinny.

Nearer the bottom of the handicap one horse ticks the Welsh National boxes. Mon Mome is no spring chicken but his mark of 132 is his lowest for four years and 16lb lower than when he turned the 2009 Grand National into a procession. It is six years since he chased home Halcon Genelardais in this race off a mark of 136. Now 12, he is well into the veteran stage, but wasn’t disgraced over hurdles behind Coneygree at Cheltenham earlier this month and he is worth a sporting each way bet at 40/1.

Who do you fancy to win the Welsh National?

*All prices are accurate at the time of writing. Prices subject to change.